WeekendGunnit
Communities Topics Log In Sign Up
Sign In
New
Posts
Settings
Win uses cookies, which are essential for the site to function. We don't want your data, nor do we share it with anyone. I accept.
DEFAULT COMMUNITIES • All General AskWin Funny Technology Animals Sports Gaming DIY Health Positive Privacy

Let's play a joke on all the normies and slowly but surely start trying to convince them .40 is the premium cartridge for professionals.

Seriously. It would be funny AF.

And the f b I knew who both were. 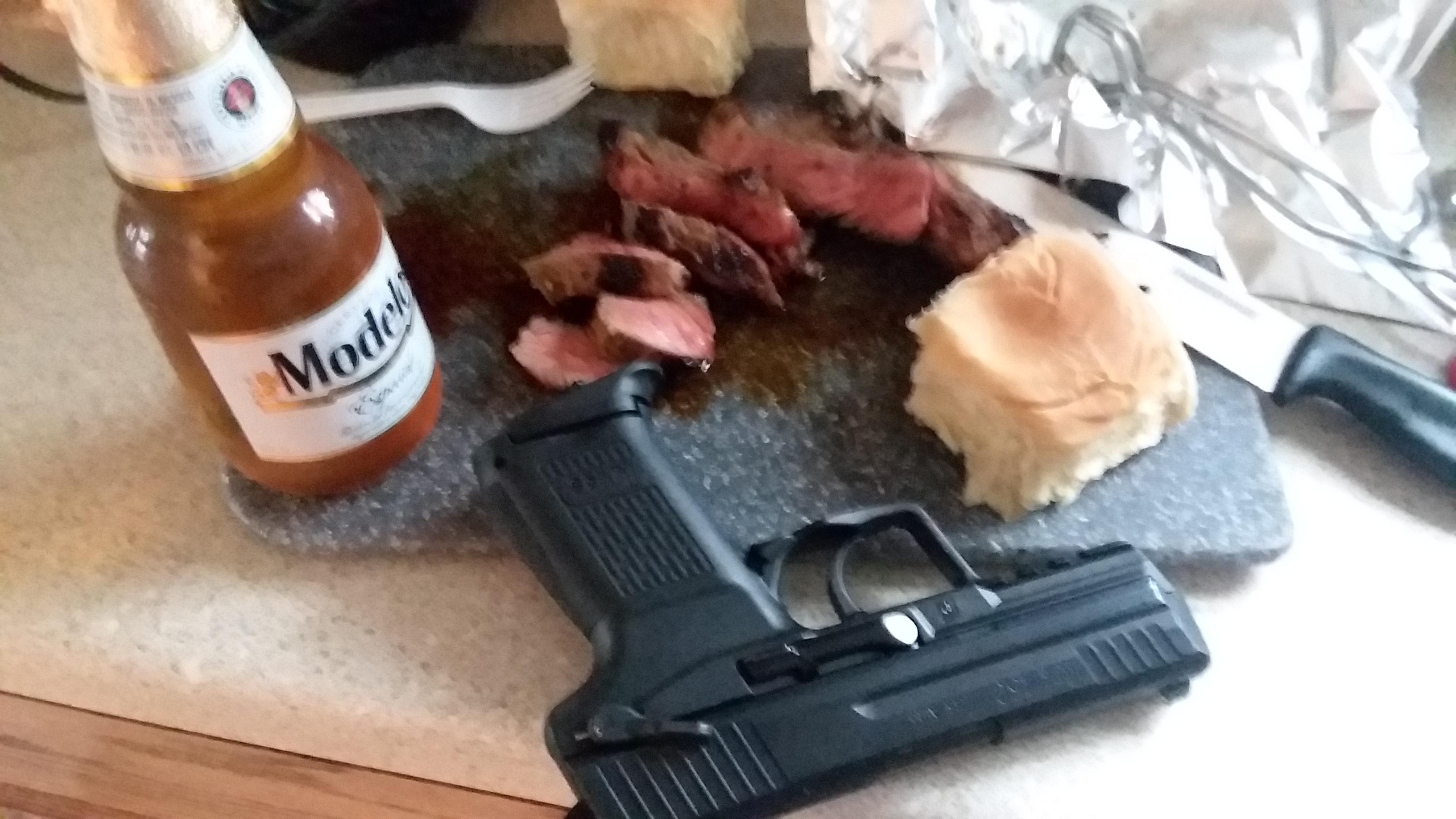 Hot tendies and meth to you nephews. In an increasingly monitored and hostile world to us America loving autists, it's good to know something about the language/mindset of the modern mental health professional. Since most of them are boring faggots that don't know where the bullet comes out of the commie popper it's up to your beloved Uncle to help you understand that bullshit.

My qualifications? I've been doing mental health work for most of my working life that i didn't spend behind a gun counter selling guns. I have a BA in psych and an MS, also in psych. This means i can teach college level psych if i ever find a school that wants to hire someone that looks homeless, carries a gun habitually and ruthlessly despises authority as well as woke bullshit. Lol i'm fucked.

First, disclaimer, none of this is designed to help in any way a lefty leaning mass shooter (they all tend to lean left) or some other accelerationist cunt. That whole thing is a different deal and i understand the process that creates the kind of douchebag that shoots people living their lives. I have tailored this just to people that are cool but run contrary to the wokeism and all that shit. Fuck you if you want to bother every day people.

Good luck you beautiful autists. As always, i love you if you love America and guns and will joyously feed on your anguish if you don't.

The year was 1989, a young rapist named bill clinton was just getting started thinking of ways to fuck over people further along with the hideous extradimensional lizard beast he married. Republicans and the cucks at the nra let the 89 import ban pass and that's why we have 922r (uncle Scruffy screams his rage for a minute).

Believe it or not, the fbi was looking out for the public interest and hunting some bank robbing fucks that pointed guns at people just doing their bank jobs and living their lives. It's hard to imagine but sometimes the fbi used to do stuff like that instead of targeting regular Americans. Lol funny right?

The fbi agents found two bank robbers who, we'll call mini14 and 870. After a traffic impact where an agent lost his revolver, they engaged these bank robbers and in the course of the gunfight one agent had his revolver jammed by the remains of his owh hand. Think about that a second. Damn. Mini14 was the most decisive combatant in the encounter besided an agent named Ed Mireles that chadded up and fired a shotgun one handed a number of times to end things. Mad respect. That's hard af. Go try it with a pump. Agents Grogan and Dove died and may they have hot tendies in Valhalla. They died fighting violent criminals and i shan't diminish that.

Long story short, despite the fact they lost to a folding stock mini 14 the fbi decided the handgun was the problem due to ot not being able to inflict decisive, penetrative wounds to torsos especially after passing through forearm/bicep if the intended fuckee.

So they spent 10 million tax payer dollars at least to develop the 10mm. A very neat round that can be fired from the 5-8 guns made now that fire it. It fucks up grizzly bears and throws a 180 grain round faster than i can chug high life and call beijing biden a commie shill. And that's fast bby.

Enter the smith and clinton (cuz they backed the ban in 94) giant framed slide mounted safety vagina poison never get laid 5000. The gun that fbi agents couldn't shoot well and that wore out quick af.

In the greatest trolling move of that era, glock beat them to the market with a glock 17 chambered in .40. Never mind the problematic unsupported chamber. Lol KABOOM.

Then HK made the USP designed to be chambered in .40. And the universe was made whole, and right for Scruffy. As it works great in all chamberings.

So, what can we learn? The fbi spent 10 million of your money to make a cool round they don't use when they really, really should have just given those poor fucks CAR15s or Colt Commandos.

Handguns are my absolute favorite but a shorty rifle when you need it is the best. It beats a handgun often due to the inherent ease of shooting and power. Also shotguns but that's a whole different rant bby.

As always, I've been your Uncle Scruffy, your guide to the glorious history of guns, fine cuisine and where you hid those underwear you stole from that 2nd cousin you dirty bastard.

As thousands of national guardsmen who aren't trusted with live rounds stand guard over a communist shill inauguration it might be a natural thought to ask yourself how not to not be victimized by the government agencies you've funded with your tax dollars you had no consent over. Don't worry fam, i got you.

Threats of violence are not. Clear differences bby.

Stay alive and stay beautiful autists. Don't fall for traps and stay ahead o'them soy boys out to get ya.

As always, America and Guns for ever, Uncle Scruffy 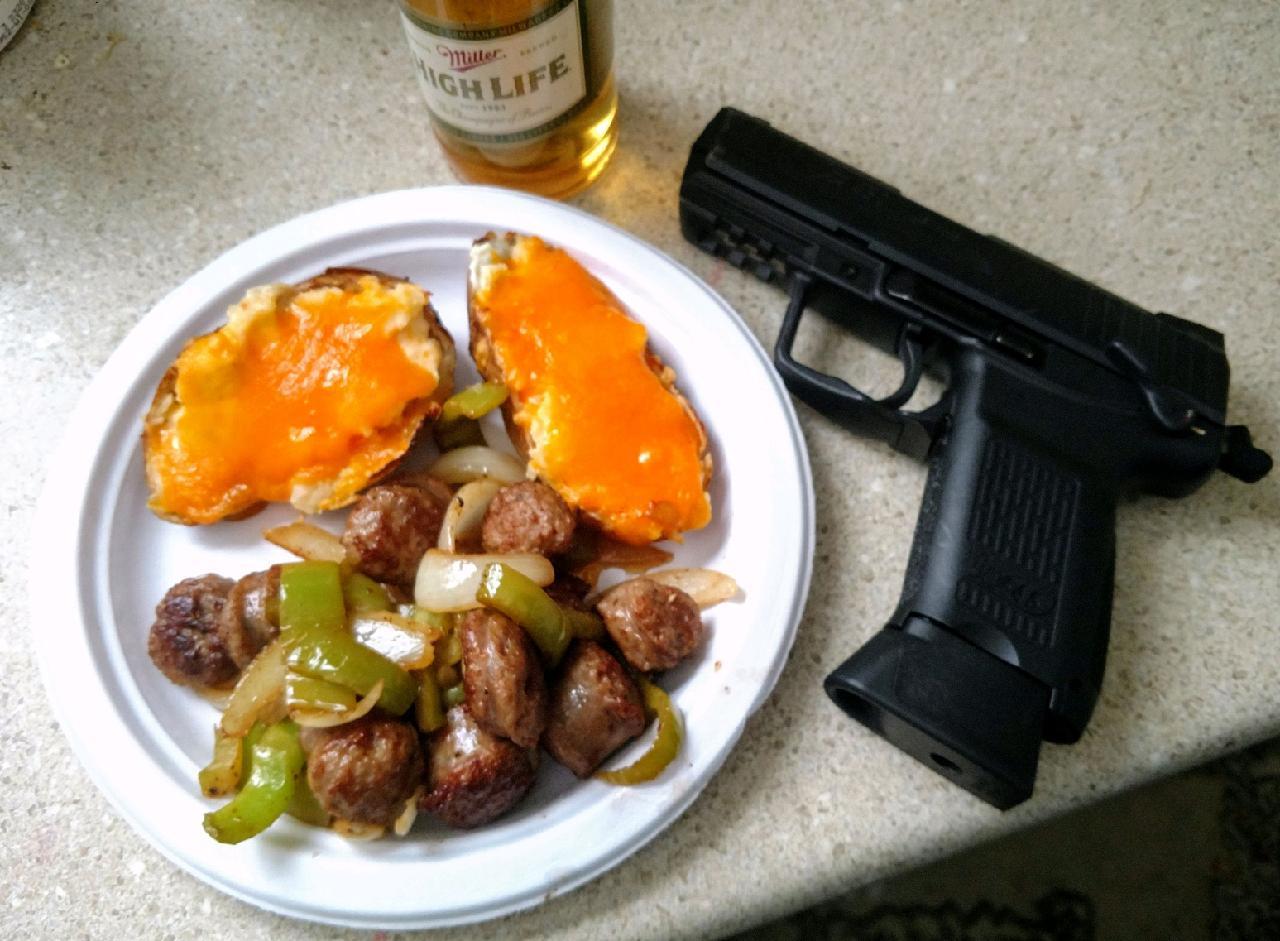 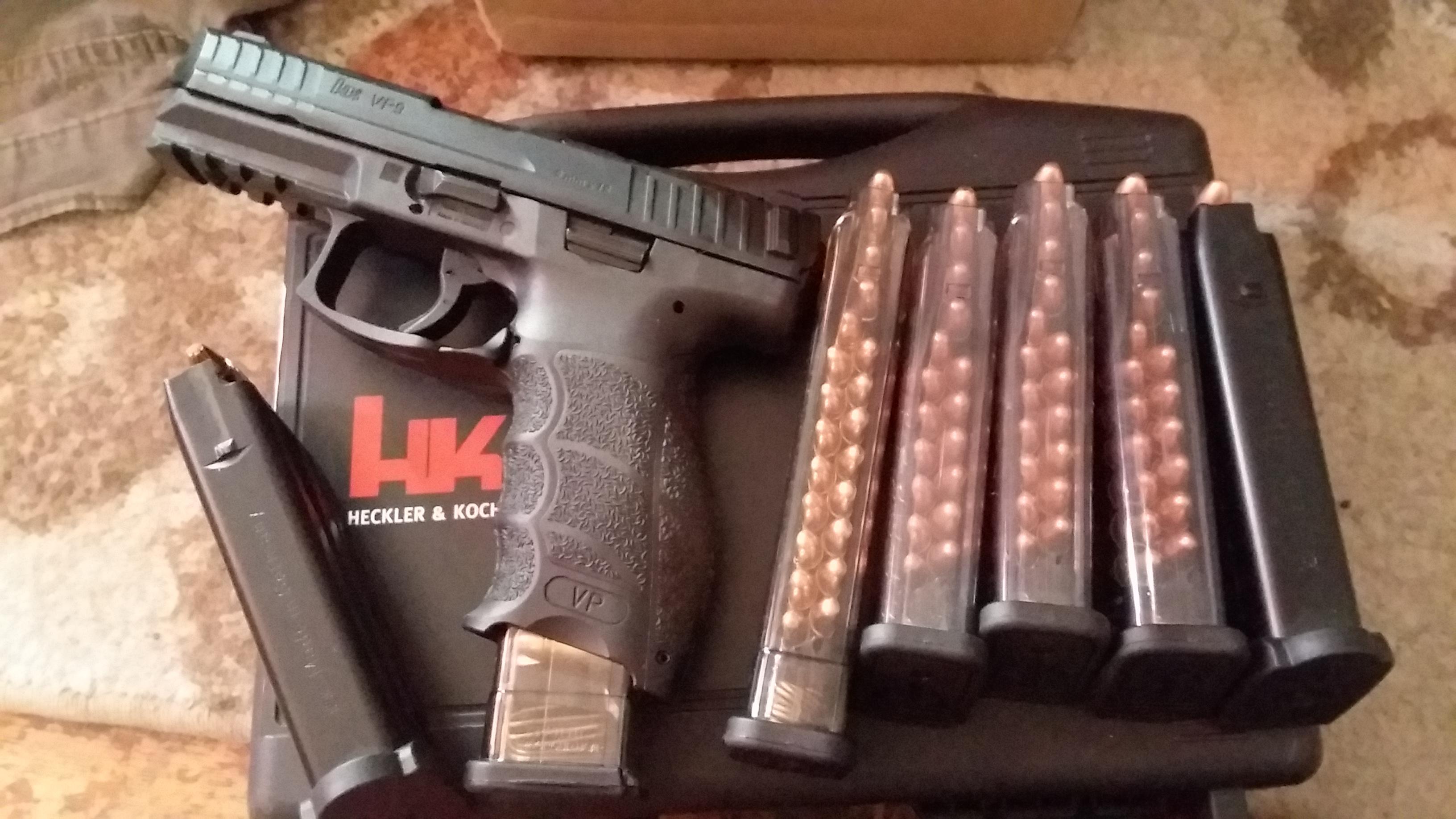 Happy Thanksgiving to all of you autists, time traveling robots, ladyboys, cobra attack helicopters and the federal agents we all know read this forum every day.

1/7 twist. Range of projectile weights. All brass case as steel is just for AKs yo.

Got some recipes, camera died though. Spent all my money on dog care and guns though. Which I do not regret.

Long story short I love handguns. So damn much. The HK45C is my sweet tits good time pal but the glock 17 is the kinda gun that both insane gun nuts that are too far gone to care (howdy) or people that don't like or shoot guns much, like and enjoy.

What the fuck? I like the sig p320, shot a few but the glock is a better gat honestly.

Fucking thing is the best bedside table gun ever with a streamlight tlr-1 hl and a 21 rd mag. 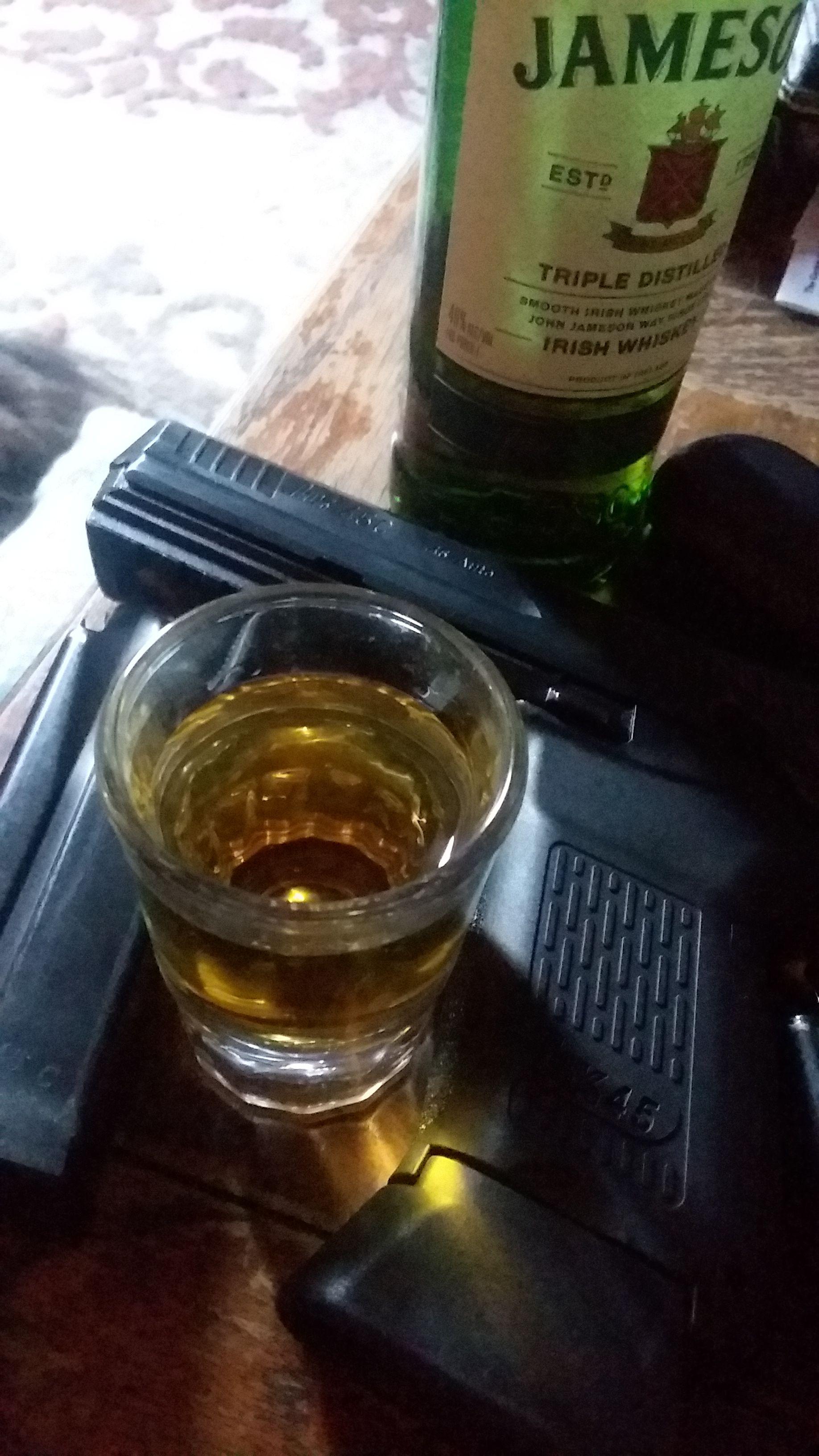 Joining the ranks of companies whose name used to mean something (lol, colt, lol) remington has filed bankruptcy for the 2nd time.

In an era of unprecedented demand for guns, with more background checks in this period than ever before, remington can't sell their mediocre shit.

With industry leading (in NDs) products like the 700, the r1 1911, coming years after the 1911 resurgence, the 870, a gun that everyone owns but has lost ground to the 500, let's not forget their semiautomatic shotguns. Oh, wait, let's forget those because they are shit.

In a final glorious insult, an indian nation wanted to use their casino money to buy big green and atop making scary ARs and focus on "smart guns". I can't actually think of anything obscene enough to say to that. 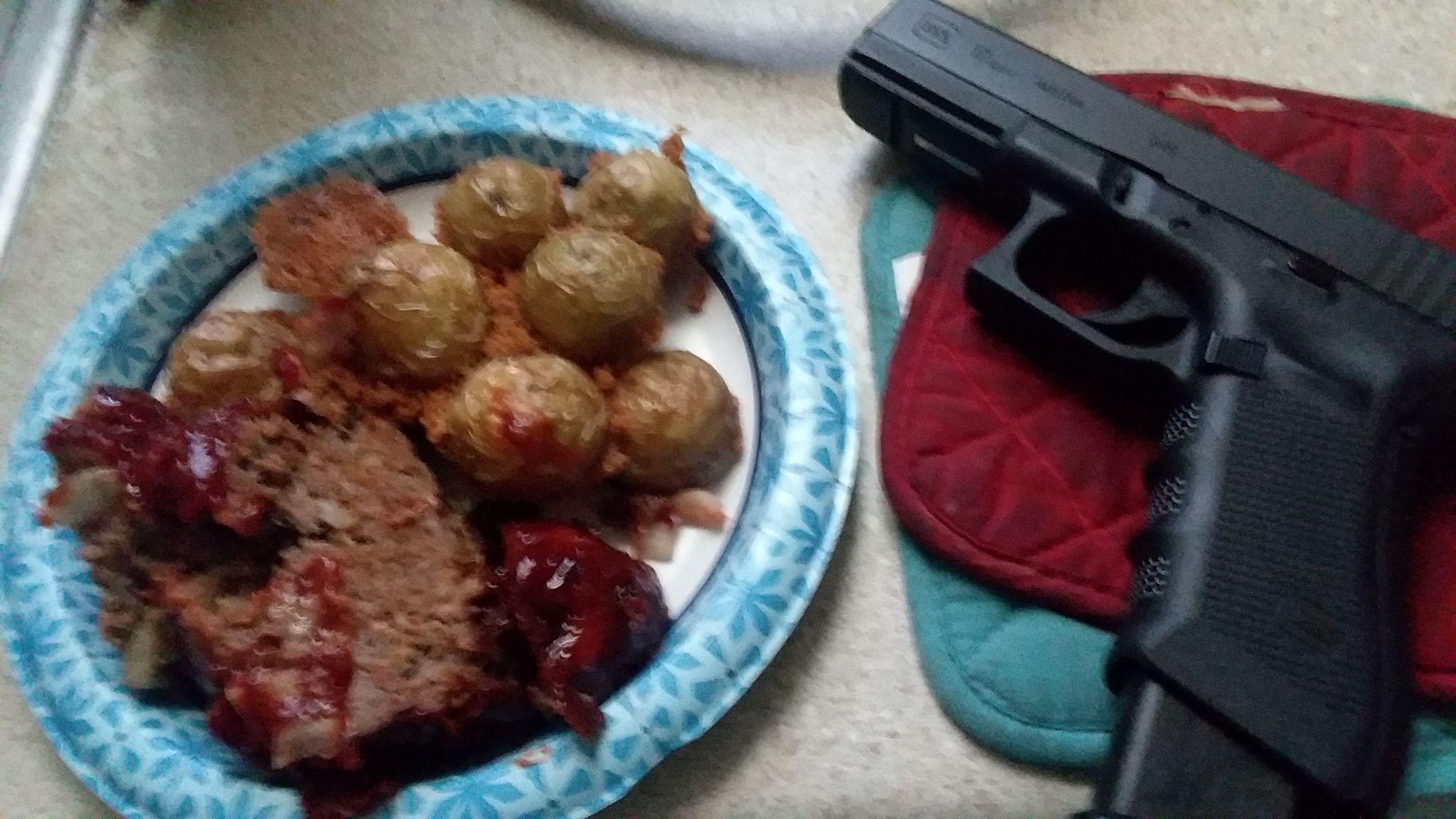 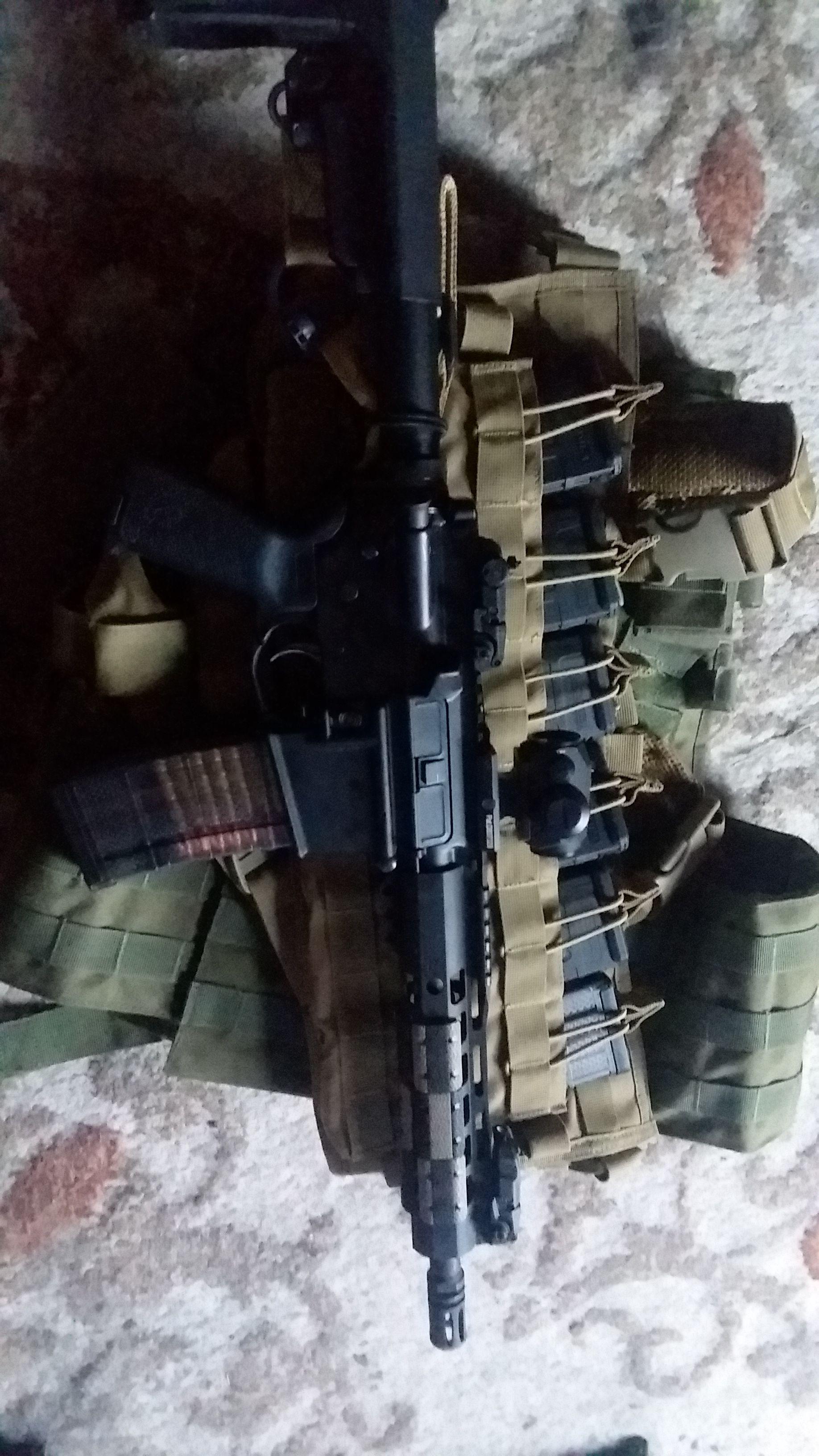