WeekendGunnit
Communities Topics Log In Sign Up
Sign In
Hot
All Posts
Settings
Win uses cookies, which are essential for the site to function. We don't want your data, nor do we share it with anyone. I accept.
DEFAULT COMMUNITIES • All General AskWin Funny Technology Animals Sports Gaming DIY Health Positive Privacy
16 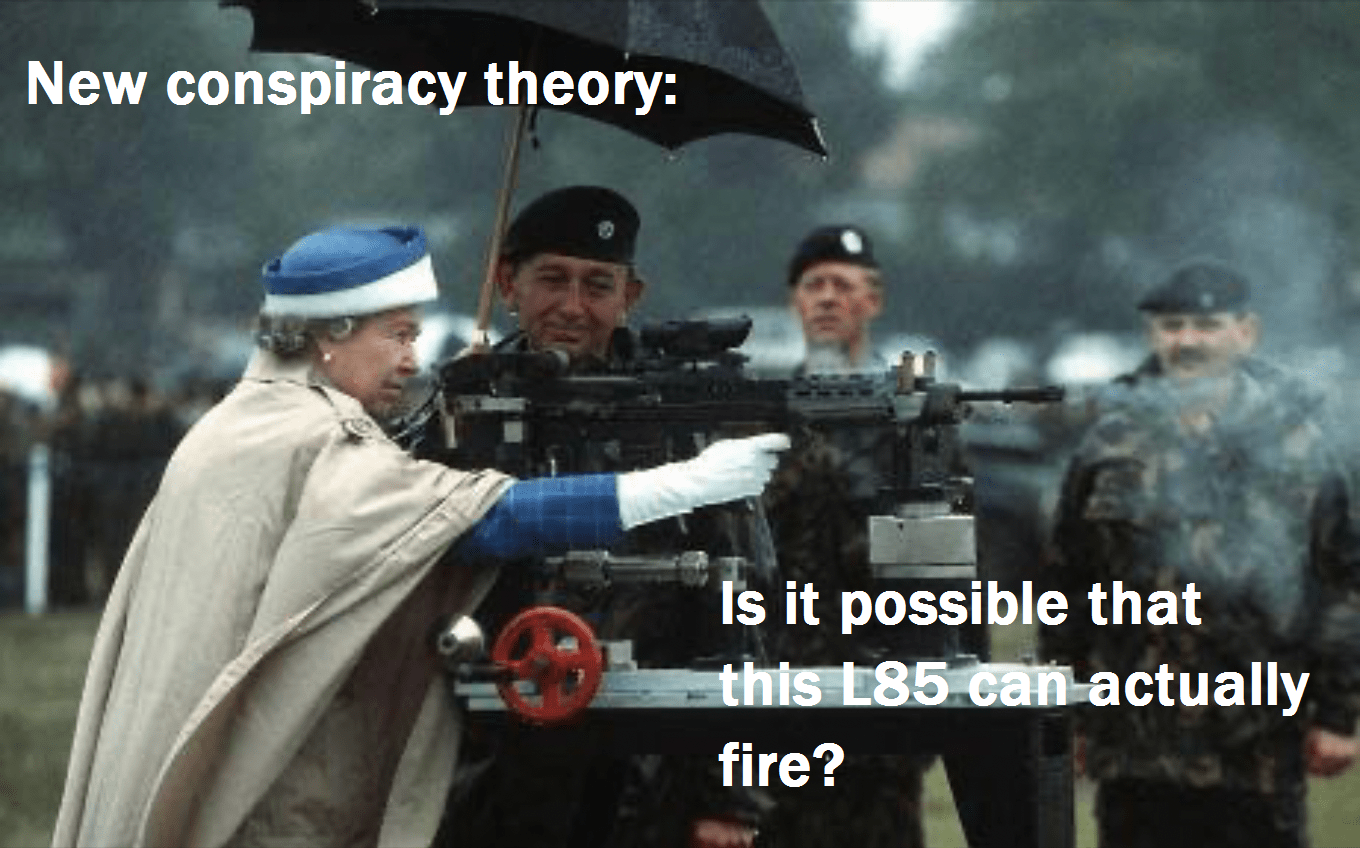 So, rifles are made to fight other motherfuckers with guns. Taking and holding ground and precisely eliminating threats.

Handguns are for self defense, fighting back to your rifle and killing people up close where you can see them and smell them, see their eyes. Smell the axe body spray and monster energy drinks.

The Enfield is one of the best rifles of that era. The L85 is, not. They had to pay HK to fix it.

The British service handguns have been the Hi-power, SIG P226 and Glock 17.

Three of the best handguns ever made. I own all three and know them well. Biblically.

Britain is a police state.

(Stumbles off bottle in each hand)

Uncle, as a retard can you please explain to me the appeal behind a standard issued Bullpup? To me it sounds like a blatant attempt to be different.

How can a shorter over all device be considered an advantage when it makes it more cumbersome of an action to reload then reshoulder? Is the secret to constantly leave your shoulder dislocated so you can bypass the awkward motion? That being said I understand that 'Anglish knacker-heads aren't big on winning battles after the 19th century anyway and perhaps reloading is moot anyway.

Most that adopted bullpups previously had rifles and smgs in inventory.

It was an attempt to consolidate and standardize.

The people making these types of decisions see a rifle that offers the same range as a standard configuration rifle, while also having the same overall length as an SMG and think, "Bingo! We have a rifle that fulfills all our requirements and can be pushed into service with tip of the spear infantry, mechanized infantry, general infantry and support roles!". Now the thing about these people is that they aren't really all that into guns and even less into learning how to effectively manipulate them. Being strategically minded, they MIGHT view infantry at the platoon level, but probably the company level, certainly not the squad and definitely not the individual level. When the have their pieces on the board they push them over a mountain range on a map and MIGHT consider that the dismounted infantry company they told to get on the other side of the mountain will take a bit longer to travel there than the 5 miles as the bird flies over flat terrain.

Then when operator feedback comes in:

Hey, it takes me a whole 30 seconds to clear a double feed, I practically have to field strip this thing.

YOU ARE NOT MAINTAINING YOUR RIFLE PROPERLY. OUR TESTING SHOWED 1.7 STOPPAGES IN A 2000 ROUND STRING.

Hey, this thing is clumsy to reload in the dark.

TRAIN MORE LOL. BESIDES YOU HAVE AN ENTIRE 120 PEOPLE IN YOUR COMPANY TO MAINTAIN A CONTINUITY OF FIRE. STOP WHINING BITCH.

WHY ARE YOU IDIOTS SO INEFFICIENT AND RETREATING?

further proof all the book sense in the world means nothing without practical field experience.

I'm glad you asked nephew. Pour us both a cough syrup and bourbon into the skulls of these fudds I use as drinking glasses and let's chat.

You see, what you have to take into account is how fucking much the British and the French hate each other. They constantly have to fuck with and one up each other.

France chose the FAMAS to throw on the ground when they surrender and of course the British had to choose the L85 to have in order for the regular line troops to despise and the SAS to feel smug while they used ARs like everyone else does.

You see, the British armed forces are actually about two squads of SAS guys that go oper8 and then a bunch of regular troops who mostly are extras for episodes of Dr who.

They use G36ks and MP7s for their armed cop units and Glock 17s as good handguns. So they know they have to kill their own people regularly. But if they had a good service rifle they would then have to do well military wise. That's too much pressure.

Added bonuses are the free prison labor, and no pesky international conventions to follow.

Uncle, I'm scared. I think I may need conversion therapy, I completely forgot that I've always had a admiration for the appearence of the Famas F1, perhaps I have Metal Gear Solid and Counterstrike 1.6 to blame.

Metal gear solid is actually a testimony of how fucking metal it's possible to be if you love oper8ing and bandanas.

A long time ago, that game helped popularize a gun called the HK MK23. Which led to the USP which is, as we know, fucking amazing.

I want a FAMAS too. And I legit actually want a tavor. I'm too broke though and keep buying handguns.

The bullpup design is for urban style combat where you're clearing hallways and rooms.